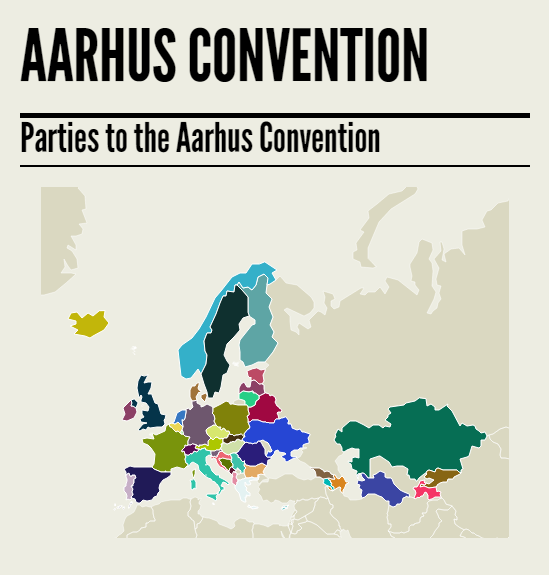 These days, October 18-21, the 7th Meeting of the Parties to the Aarhus Convention is being held in Geneva. This is a meeting of the supreme body of an international treaty held every four years.

At this meeting, both internal issues (for example, the election of representatives to working bodies), as well as more global ones (the processes of implementation of the Convention in various countries, ways to improve law enforcement practice and overcome difficulties), are resolved.

The meeting is preceded by the submission of the Parties’ reports, which reflect the progress of the Convention implementation over the past four years in the country: how access to environmental information was carried out, how public participation in environmental decision-making took place, were there any appeals to the court for judicial protection of the rights provided for by the Convention, what legal framework is in force in the country, how much the practice differs from the provisions of the legislation, has the state made progress in comparison with the previous reporting period and what are the obstacles to it.

Actors whose activities are related to the implementation of the provisions of the Convention may have a different view on the practice of application from that described in the country official report. They have the right to submit an alternative report (Review of the practice of the Convention implementation) to both the Meeting of the Parties and a wide range of stakeholders.

We want to bring your attention to the Review “Implementation of the provisions of the Aarhus Convention in the Republic of Belarus in the period 2017-2021”.

The Aarhus Convention is a convention of the United Nations Economic Commission for Europe “On Access to Information, Public Participation in Decision-Making and Access to Justice in Environmental Matters”.