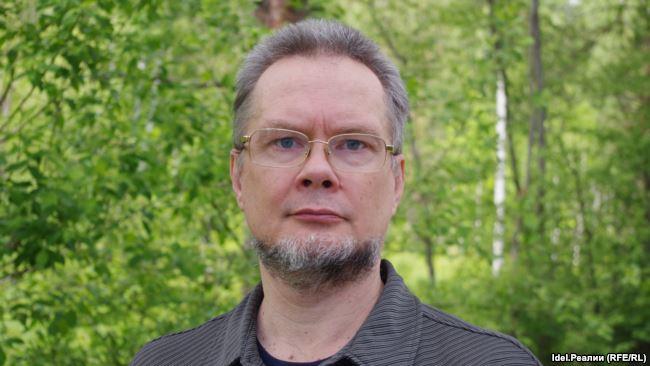 The Ministry of Natural Resources reports that the period of entry ban has been reduced and entry is allowed from May 1, 2020. This is progress for Belarus, but how big is it? After all, Belarus became the first country in the history of the Aarhus Convention, for which the fact of persecution of activists exercising their rights in accordance with the provisions of the document was legally proved.

Harassment, intimidation and persecution of opponents of the construction of a nuclear power plant in Belarus are the violation of its international obligations. This is stated in the Decision on Belarus, which was adopted on September 14, 2017 at the 6th Meeting of the Parties to the Aarhus Convention

The Decision on complying by Belarus with its obligations under the Aarhus Convention found that detentions, arrests, and fines imposed on anti-nuclear activists in 2012-2013 are directly related to their activities and are cases of harassment and persecution of activists for their activities, which is unacceptable in accordance with paragraph 8 of Article 3 of the Aarhus Convention.

Detentions and arrests of participants of the Belarus Anti-Nuclear Campaign (Bayak), Irina Sukhiy and Tatyana Novikova, human rights activist Mikhail Matskevich, as well as the arrest and entry ban for 10 years of Russian nuclear physicist Andrei Ozharovsky were recognized as violations of the Convention.

Anti-nuclear activists and human rights defender M. Matskevich were detained in Minsk on July 18, 2012. At 12.00 T. Novikova, A.Ozharovsky and I. Sukhiy went to hand over an open appeal against signing a general contract for the construction of the Ostrovets NPP to the Russian Embassy in Minsk. However, they were not able to get to the embassy, because they were preventively detained and prosecuted to administrative responsibility allegedly for “obscene statements in a public place. ”.

In this regard, the Compliance Committee recommended Belarus to take practical measures — to cancel the relevant decisions on administrative responsibility and cancel imposed entry ban.

What specific actions against activists were recognized as persecution in the sense of par. 8 of article 3 of the Aarhus Convention?

In accordance with paragraph 4 of the Decision:

(a) The arrest of Mr Ozharovskiy for “using obscene language in the street” at 11.22 a.m. on 18 July 2012 and his related 10 days’ administrative detention and a 10-year ban on entering Belarus constituted harassment, penalization and persecution in non- compliance with article 3, paragraph 8, of the Convention;

(b) The arrest of Ms Novikova for “using obscene language in the street” at 11.22 a.m. on 18 July 2012 and her related five days’ administrative detention constituted harassment, penalization and persecution in non-compliance with article 3, paragraph 8, of the Convention;

(c) The arrest of Mr Matskevich for “using obscene language in the street” at 12 p.m. on 18 July 2012 and his related three days’ administrative detention constituted harassment, penalization and persecution in non-compliance with article 3, paragraph 8, of the Convention;

(d) The arrest of Ms Sukhiy for “using obscene language in the street” at 12 p.m. on 18 July 2012 and her related fine of Rbl 1.5 million constituted harassment, penalization and persecution in non-compliance with article 3, paragraph 8, of the Convention;

(e) The prolonged documents check of Ms Sukhiy on 26 April 2013, which prevented her participation in the Chernobyl Way 2013 street action, constituted harassment, penalization and persecution in non-compliance with article 3, paragraph 8, of the Convention;

The decision also indicates that the country is still in a state of non-compliance with the Convention by the decision of the previous Meeting of the Parties in 2014, which related to violations related to the construction of the Belarusian NPP.

To remind: Belarus annually reports to the Compliance Committee of the Aarhus Convention on the implementation of recommendations. In addition, interested parties can provide their positions and relevant additional information on the progress Belarus made in implementing the recommendations. Upon completion of the analysis of the received information and documentation, the Compliance Committee submits its Progress Report in the Belarus’ implementation of Decision VI/8.

At this time, the Compliance Committee has submitted two Progress Reports. Each of them stated that there was a complete lack of progress in the implementation of the recommendation regarding the adoption of practical measures to remove the ban from A. Ozharovsky, as well as the abolition of decisions on administrative offences for I. Sukhiy, T. Novikova, M. Matskevich, A. Ozharovsky .

In this connection, Ecohome NGO sent appropriate requests to the Ministry of Natural Resources and the Department of Citizenship and Migration of the Ministry of Internal Affairs about whether measures to restore the rights of activists were taken.

The Department of Citizenship and Migration of the Ministry of Internal Affairs in its response only confirmed that the entry ban for A. Ozharovsky still exists, has not been reviewed and has not been cancelled, noting that the administrative offence of A. Ozharovsky was directed against public order and public morality, in connection with which the Department believes that the decision to impose entry ban A. Ozharovsky in the Republic of Belarus is legal, justified and does not violate the provisions of the Aarhus Convention.

According to the information provided by the Ministry of Natural Resources, “the term for entry ban for A. Ozharovsky  into the Republic of Belarus has been reduced until May 1, 2020.”

What does this mean and what problems Ecohome see?