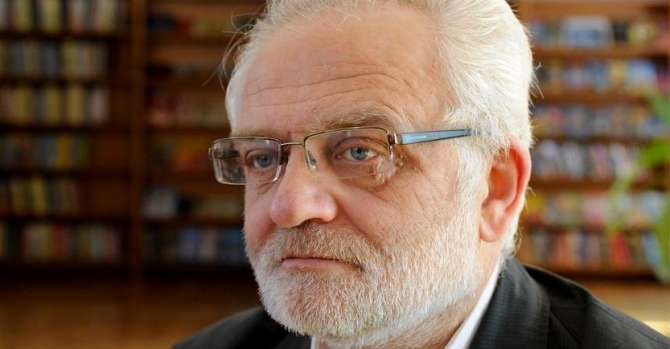 Uladzimir Matskevich, who has been in prison since August 4, 2021, faced charges under three articles of the Criminal Code:

We regard the verdict as unjust and politically motivated persecution, overt struggle against dissent, as well as demonstrative deprivation of the right to free speech, pressure and coercion to deny one’s rights, public or political activity.

It is hard to overestimate the importance of Uladzimir Matskevich’s figure to the formation and development of the Belarusian civil society as well as the Belarusian philosophical thought and the humanities. Philosopher and methodologist Uladzimir Uladzimiravich Matskevich is the author of the «Think Belarus» formula, founder of the Agency for Humanitarian Technologies, first head of the Council of the international consortium «EuroBelarus», and founder of the «Flying University». Uladzimir Matskevich stood at the origins of the Belarusian National Platform and the Eastern Partnership Civil Society Forum. His developments and ideas have been used in the BNP and EaP CSF work formats for a long time. Uladzimir Matskevich dedicated a number of his books, lectures and articles to the development of the civil society of Belarus.

We call on the international community: EU countries, international institutions, diplomats and civil society to turn public and political attention to the verdict and imprisonment of Uladzimir Matskevich, as well as to the situation with thousands of other political prisoners in Belarus, as unacceptable and vicious practices of political repression against Belarusian regime opponents.